I’m thinking about some use cases of WebAssembly and would like to share them here. This could motivate the creation of new shards by the community and expand the Crystal language’s reach to more places. Please help me know if I missed some potential use cases:

What else is possible? What do you would like to be able to do with it?

Really, I want to do the entire front-end of my site in WASM. A custom IRC chat client, and Video player would fix so many issues if we didn’t have to fight CSS and browser compatibility. I think it could make testing these components a lot easier than spinning up browserstack instances on github and having no insight in to why android on samsung failed, but android on pixel worked fine.

I’ve never actually worked with WASM, but seeing your example that looked like Lucky HTML markup made me think we could have type-safety markup that can be formatted with the crystal formatter, and linted with ameba. The tool chain alone would catch so many things.

Out of curiosity: how would type-safety prevent having different behavior on different devices because CSS was implemented slightly differently in each case?

That’s more two separate cases really. The CSS issue we run in to right now is that each version of Android (on each different device) seems to handle HTML inputs differently, and also rendering slightly different. When it comes to a chat component, you’re appending a div to the bottom of a list, but then telling that whole list to move up a certain amount. Having that whole deal in just being an app instead (I’d imagine) would make that so much easier to work with.

Maybe it wouldn’t be HTML rendered from Crystal, but more of a “cocoa”-like structure? I have no clue…

This doesn’t wouldn’t fix the issue of cross-device compatibility, but it would fix the issues that the crystal formatter and ameba would catch. Depending on how it all works, and if Spec could be used, maybe it could also be tested a lot easier.

Have you tried Elm? The div snippet above would be like this in Elm:

If you haven’t already, I would consider taking a look at it. Maybe also Mint? (I didn’t try it, but it seems to have been done with Elm in mind but “fixing” some things the author didn’t like)

Using WASM or not won’t change the fact that you would have to deal with the browser’s HTML/CSS engine. The only way around it is to use a screen-sized canvas with WebGL and render everything. This is exactly what Flutter Web does and they achieve a quite good level of consistency among all platforms.

Aside from that, most frameworks have some level of polyfills and great tooling that help a lot with compatibility and testing. A Crystal framework with WASM can try to play a catch-up game with them but it will definitely be behind for a very long time.

Serverless functions with WebAssembly seem to have a bright future. We are implementing a WebAssembly platform here at Shopify, you already pointed out Cloudflare, and there are others such as Fermyon.

Based on my quick POC this week, Crystal has a much friendlier developer experience than other existing options like Rust.

I haven’t tried Elm. We did look in to Mint, but it’s missing a few things like GraphQL support that we would need before moving over.

I think you’re right though, those two options are basically what would help at the moment. I still want WASM in any case

I also want to clarify that I’m really excited for web assembly support and all it could bribg! I was just suggesting Elm or Mint because they already exist and are relatively stable. But my recommendation will definitely change in the future!

Outside of the browser, I think webasm will do really well for edge functions and plugins.

Since I am working on a 2D game engine in Crystal, WebAssembly would be a really cool target (although there is still a long road of work ahead), so I’m definitely glad to see the current progress.

Having a serverless online playground of Crystal would be my top pick.

Also, the other day someone share lapce editor. Its plugins are in web assembly IIRC, so it would be a good way to have some crystal support probably.

Writing a computation intensive code in Crystal and using it inside Ruby/NodeJS apps via WASM runtime.

For those who aren’t as familiar with WASM, this is a great overview of the state of WebAssembly and potential use cases.

WebAssembly is at an inflection point. Over the next few years, I expect to see increased adoption of WebAssembly across the tech sphere, from containerization to plugin systems to serverless computing platforms. The following is a discussion of what...

This repo has a working example of calling HTML5’s canvas from WASM GitHub - lbguilherme/crystal-web: Crystal bindings to the Web APIs for building front-end applications with WebAssembly

This is awesome dude! Perfect for use with my celestine SVG shard. 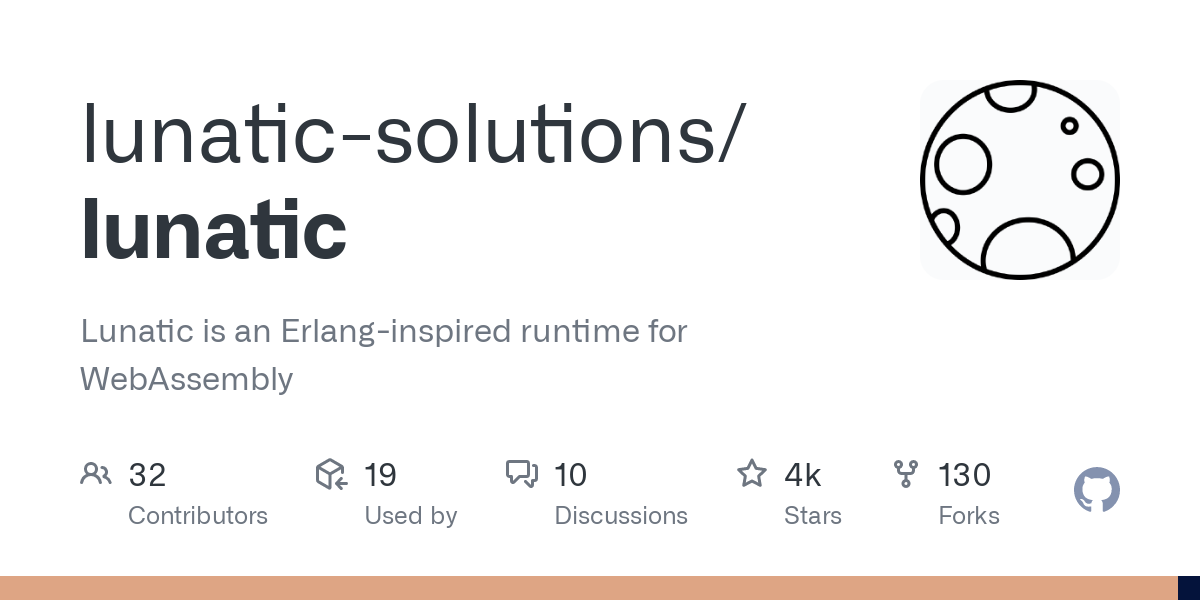 Crystal could conceivably be to Lunatic what Elixir is to Erlang/BEAM.

Zig using WASM to compile itself is also really interesting: Goodbye to the C++ Implementation of Zig ⚡ Zig Programming Language

Docker is pushing WASM as an alternative to Linux containers. Some guy on the internet says “Webassembly on the server is the future of computing.”

I donno, but compiling Crystal to WASM and running it in Kubernetes could be interesting.

I am creating a simple tool that compiles Ruby methods into WebAssembly by considering them as code for Crystal functions, and calling them from Ruby. Yes, this is a very hobbyist tool. 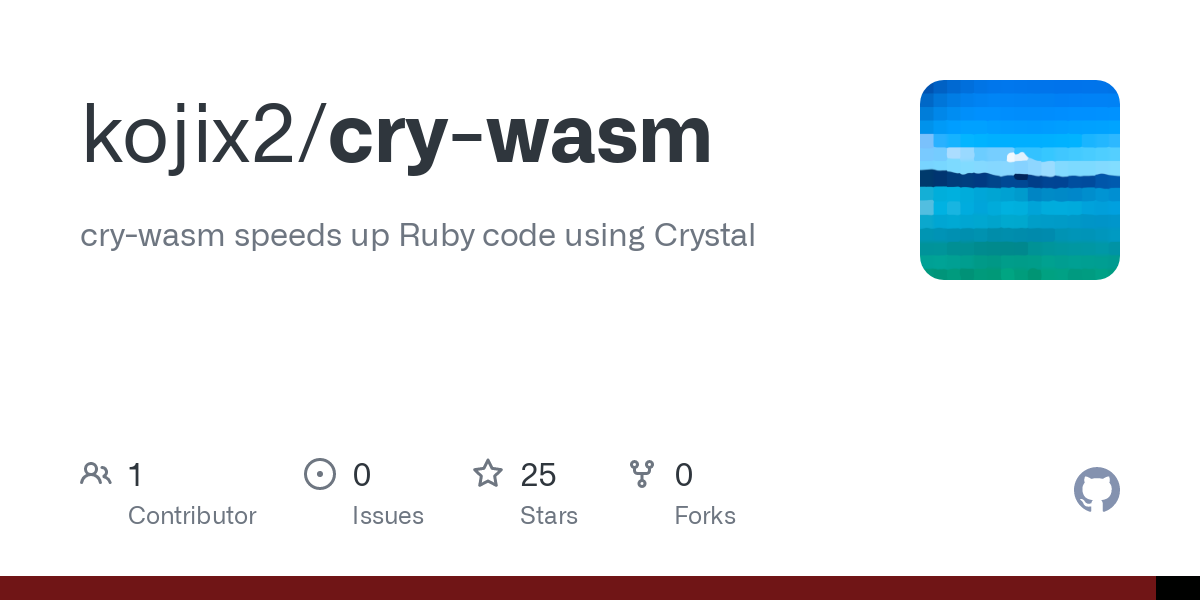