In a previous thread the question of a Crystal mascot came up.

While I personally don’t see a problem with the logo (or its requirements) I think Crystal should definitely get a mascot. While I haven’t sticked to any language because of their mascot, I have to admit that their mascots have been occasionally the reason why a language got some of my attention in the first place.

This is related to the topic of what should Crystal users be called:

What are Crystal programmers called? Community

Thinking ahead to when the use of Crystal explodes, there needs to be an agreed upon name to call its users (think swag, article references, etc). Can’t have Crystal conferences, meetups, etc without a name people in the community use to refer to themselves as.

So if you use Ruby you’re a Rubyist. And when you use Crystal you’re a ??? OK, my humble suggestions to get the ball rolling. Crystalnistas (like for Python) Crystalers Crystalomergers Crystaldoers Crysters Maybe make it…

I see two major issues to decide for a mascot:

Maybe the most famous (or most recognizable) Open Source Software mascot is Tux, for Linux.

Tux is a penguin character and the official brand character of the Linux kernel. Originally created as an entry to a Linux logo competition, Tux is the most commonly used icon for Linux, although different Linux distributions depict Tux in various...

I thought this topic should be given its own thread so people can contribute their thoughts, ideas, and depictions for a Crystal mascot in one place.

All the software dev mascots I can think of are animals: Rust’s crab, Linux’s penguin, Go’s gopher, GNU’s gnu, Python’s python. Would it make sense for Crystal to follow suit?

Thinking of an animal that starts with “cr”… crab! Oh, crab! Rust took it.

Some other animals: cricket, crocodile, crow. Crow is nice because it’s black, like the Crystal logo

AFSIK, crow is a really really (probably the most) smart birds. 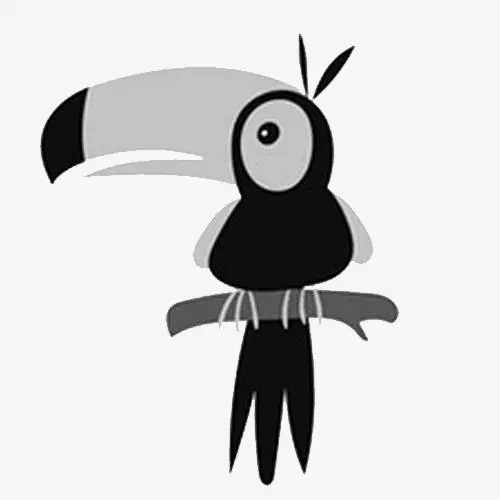 I think a bird -or even a crow in particular- would make a great mascot (or at least has one of the biggest mascot potentials).

And while I’m absolutely not favouring a jelly fish, I just want to mention, there is a crystal jellyfish which would fit name-wise probably the best (I’m still in favour of a bird though - which could be still justified just fine by @beta-ziliani’s explanation by its attraction to shiny things).

crow is a really really (probably the most) smart birds.
[picture of a bird which isn’t a crow]

I really like the idea of both a mascot, and making it a crow. A mascot just makes the language feel… I dunno, more human. Maybe “Chrissy the Crow”?

The idea of a beetle is unique and has potential that other programming language mascots do not have. The negative meaning of the word " bug" might also be nice thing. We need to come up with some better explanation as Rust means fungus. However, since beetles are generally complex in shape, it would take more artistic talent than a crow to make it a friendly mascot. I feel that crows will certainly succeed. However, the attraction I feel for crystals is more like that of a powerful, shiny beetle than a clever crow.