I wish it was easier to use the crystal logo

Crystal’s logo usage requirements are not particularly stringent compared to company-driven programming languages such as Microsoft and Apple. However, they are too strict compared to community-driven programming languages such as Ruby, Python, and Julia.
As a result, many open source projects hesitate to incorporate the Crystal logo into their local community or project logos. The Crystal logo appears less frequently on the Internet. If this is intentional, that is fine. Perhaps Crystal is a nonfree language compared to Ruby or Python.
But its limitations certainly cloud my mind. And I think someone needs to complain about this. Google has overcome this misfortune by having Gopher available for the community. I think this problem is actually difficult to solve. But we could do something a little more…

But its limitations certainly cloud my mind

Out of curiosity, what are you wanting to do with the logo that currently isn’t allowed?

It’s not possible to change, or edit the text, or anything.
One solution could be to create a mascot, similarly to Gopher of Go.
The Zig language even has two official mascots, Zero and Ziggy.
If Crystal had a mascot, then the community could use that.
But the official logo also looks good, so restricting its usage would be a loss.

While I personally don’t see a problem with the logo (or its requirements) I think Crystal should definitely get a mascot. While I haven’t sticked to any language because of their mascot, I have to admit that their mascots have been occasionally the reason why a language got some of my attention in the first place.

What are Crystal programmers called? Community

Thinking ahead to when the use of Crystal explodes, there needs to be an agreed upon name to call its users (think swag, article references, etc). Can’t have Crystal conferences, meetups, etc without a name people in the community use to refer to themselves as.

So if you use Ruby you’re a Rubyist. And when you use Crystal you’re a ??? OK, my humble suggestions to get the ball rolling. Crystalnistas (like for Python) Crystalers Crystalomergers Crystaldoers Crysters Maybe make it…

Awesome Crystal’s has a logo of a crystal wearing sunglasses. Is this OK? 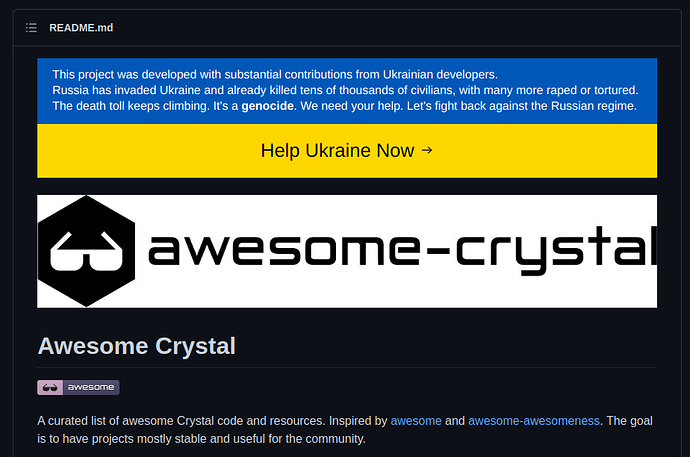 Take a look at awesome Nim, which I think is much better than the Crystal logo. One reason for this is probably that the author of the logo didn’t have to worry about the restrictions of the logo. Logos with more permissive licenses are used here and there, but logos with explicit restrictions are used less often. 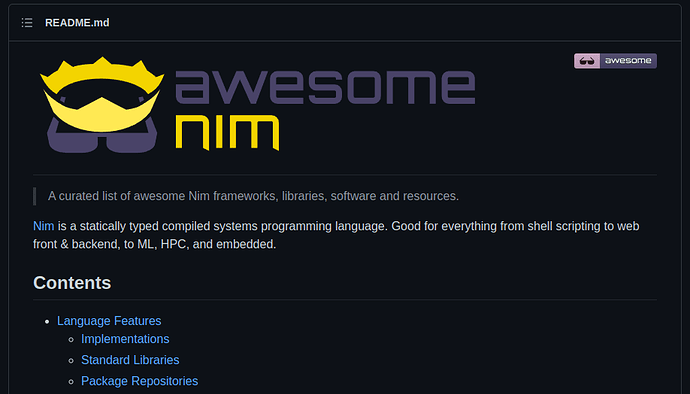 Python is quite tolerant of this kind of use.

Derived logos must always be sufficiently different from the Python logos to allow the community to tell the difference. For example, if you want to create a derived logo for a local Python user group, you might be able to insert an unaltered Python logo graphic into the local group’s name in a way that does not cause confusion.

In the crystal language, I don’t think the local community could make and distribute T-shirts with a logo that combines crystal and a local symbol, such as the City name, Mt.Fuji or Tokyo Tower. This may not be a programming language issue, but it does make us feel that we are not free.

Finally, here is a bad example. This is totally illegal. 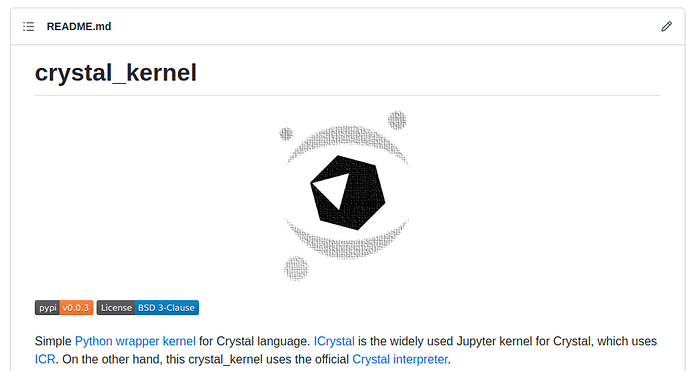 It uses a crystal logo and combines two logos that are still original form. It is embarrassing, but this is my project. I like it but I need to fix it as soon as possible…

Awesome Crystal’s has a logo of a crystal wearing sunglasses. Is this OK?

Technically speaking that’s just a black hexagon with glasses in it. I.e. not the Crystal logo. At least based on Media - The Crystal Programming Language.

Tho really, I’d maybe wait for the core team to weight in here. Maybe there’s some changes/clarifications that could be added to the media page.

I think this is the main problematic clause, right?

Change their colors, dimensions or add your own text.

I’m pretty sure the whole idea behind the restriction is to disallow someone to use the Crystal logo and pretend it’s Crystal while it’s not. Maybe the wording for that made it too restrictive. I’m almost sure Manas can make it more permissible.

I also like the idea of a mascot! (though I don’t have ideas for a specific mascot

Thanks @kojix2 for bringing the topic. I’m running this with the relevant people at Manas. For the moment don’t worry for the moment about your logo until further notice.

Just to let you know, for internal constraints, “further notice” will be a couple of months…